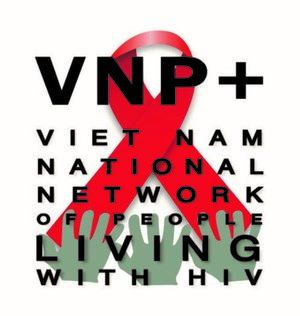 For any organization, capacity building of members is extremely important. In particular, for organizations of people living with HIV (PLHIV), capacity building that includes HIV knowledge will have a wider and positive impact on their work. During my more than 13 years of fighting against HIV in Vietnam, I realize that the opportunities to improve the capacity on HIV knowledge involving the PLHIV community leaders, were limited. Particularly in the last 3 years, there have been few, or no, courses on HIV where the PLHIV community could participate. In April 20, with the support of Gilead, VNP+ successfully invited 20 PLHIV community leaders to attend the Training of Trainer (ToT) course to equip them with knowledge on prevention treatments and HIV viral load, and build a group of peer-educators in the PLHIV community that actively works within our network under the Rainbow Grant project. The training contents piqued the interest and encouraged participants to actively participate. Moreover, the training helped attendees learn how to transform professional knowledge attained into community languages with simple and understandable information that is shareable with the group and their communities.

​On the following May 17, with the support of Gilead, VNP+, the Ho Chi Minh City Provincial AIDS Center and CDC Vietnam, hosted a community forum on translating U=U (in Vietnamese K=K) into action through HIV testing, treatment, prevention methods and treatment retention for viral suppression and stigma reduction. Initially, 500 participants were expected, however, over 700 participants showed up for a lively discussion on the science behind K=K, and its significance for the community.

​Community leaders and health providers also shared stories on how K=K influences both HIV-positive and HIV-negative individuals, and the broader community. This strengthens the dialogue and partnership to ensure that community groups will amplify the K=K message, and the importance of health insurance and preventive methods to limit the rise of HIV cases in Vietnam.

​For us, at VNP+, this positive start is a good step to boost our motivation and creativity while we continue to implement more planned activities that can help stop the spread of HIV in Vietnam.

VNP+ is abbreviation of the Vietnam Network of People living with HIV (PLHIV) that represents PLHIV groups in Vietnam. VNP+ is an organization run by, and for, PLHIV that works to advocate for the rights of HIV positive individuals, including access to treatment, care and support, fight stigma and discrimination, and HIV prevention interventions. VNP+ was officially established in 2008 and legally registered under the name of Action Center for People living with HIV (ACPplus) in 2009. VNP+ consists 167 PLHIV groups across Vietnam.