“I am an AIDS-Free Runner” Charity Run 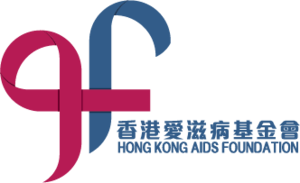 Join us to accelerate the end of AIDS on World AIDS Day!

​The Hong Kong AIDS Foundation is deeply concerned about the HIV epidemic, and the alarming decrease in the average age of new infections in Hong Kong. As of the fourth quarter of 2018, the accumulated number of HIV infections has reached 9,715 cases since the first reported case in 1984. Furthermore, while Hong Kong is one of the most economically liberal and progressive markets in the world, HIV/AIDS is still widely misrepresented in the local entertainment industry. For example, circumstances in the contraction of HIV is constantly over-dramatized despite vehement criticism from healthcare workers, like us. More poignantly, officials from Hong Kong’s Department of Health remain indifferent to the reinforcement of HIV/AIDS stereotypes in the entertainment industry.

​To clear misconceptions surrounding HIV and people living with HIV (PLHIV), the Hong Kong AIDS Foundation invites everyone to join our annual “I am an AIDS-Free Runner” Charity Run, on World AIDS Day (1 December 2019). This signature event supports PLHIV and commemorates those who have died from AIDS-related illnesses. It aims to reduce the financial burden imposed on PLHIV and raise public awareness on HIV/AIDS. We also hope that through running together, we can create a world with zero discrimination.

​Additionally, the Hong Kong AIDS Foundation has scheduled a series of promotional and public education activities across various social media platforms, videos and roadshow sessions at several locations. The Foundation, whose mission is to enhance the community’s response to HIV/AIDS, has been working closely with the government and various organizations over the years. Through promoting annual HIV tests as part of regular medical check-ups, we hope to also encourage responsible sexual behavior among youths.

​If our message resonates with you and you would like to contribute to raise public awareness and eliminate discrimination against those suffering with HIV/AIDS, please join hands with us and support the charity run!

The Hong Kong AIDS Foundation was established in 1991 and is a non-governmental social service organization.  The Foundation’s mission is to limit the spread of HIV infection in the community. Throughout the years, the Foundation has been actively engaged in the promotion of AIDS education, the provision of various services, and nurturing a harmonious and caring environment for those infected with or affected by HIV/AIDS.